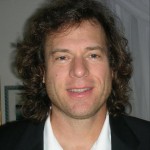 Greenfield One, an early stage crypto venture firm based in Berlin, has secured its first major backers for a second fund, including an investment from Bertelsmann, a private German multinational.

Bertelsmann is a media company with a vast portfolio, including the largest publisher of books in the English-speaking world, Penguin Random House, as well as music publisher BMG.

The Berlin-based fund may be appealing to older companies because it is regulated by the German regulator, the Federal Financial Supervisory Authority (BaFin).

“BaFin provides regulatory clarity and a safe haven for an institutional product like ours,” Sebastian Blum, one of Greenfield’s founders, told CoinDesk in an email, adding:

“We have deliberately decided to structure all of our funds as an on-shore product to provide a high level of clarity and comfort for investors with no exposure to crypto yet. This caused additional scrutiny and complexity in fund formation on our end, but we believe that this turns out to be helpful in the long-run.”

Founded in 2018 by Blum and Jascha Samadi, Greenfield has already made many blockchain investments under the auspices of its first fund, including in NEAR, Spacemesh, Arweave and Dapper Labs.

The firm has several smart-contract blockchains in its portfolio that could run decentralized finance applications – if existing projects start to migrate beyond Ethereum. “There seems to be a trend emerging with existing Ethereum applications moving over to other ecosystems, which is something we are excited about even though we remain long term bullish on Ethereum,” Blum wrote.

Previously, the company released a report on the state of governance across blockchain projects of all kinds.

“For now, Greenfield One invests in the fundamentals of Web 3.0: The fund focuses on crypto networks and developer teams that use blockchain-based technology to create the infrastructure for Web 3.0 as a fundamental asset layer on the internet,” according to a circular released by the company.

Bertelsmann did not reply to a request for comment from CoinDesk, but an in-house spokesperson did confirm the investment via email.

The new fund has also already closed investments from a major European family office known as Lennertz & Co., which invested in its prior fund. Greenfield declined to disclose the size of its first fund.

Lennertz’s managing director, Philipp Lennertz, said in a press release, “Crypto and Blockchain have an enormous potential and have long left its infancy behind. Now it is the time to create the core architecture for Web 3.0.”

Taking Stock of How Far Crypto Has Come